A Ticket To Safety for Afghan Activists

Make sure Afghans’ activists can fly to safety.

No empty words, the world demands actions: take leadership & push member states to send planes. Move heaven and earth and make sure that those most at risk - such as women's rights activists - are evacuated from Afghanistan. Give them a #TicketToSafety.

20 years after the invasion of Afghanistan, the US & its NATO allies left the country prematurely without a proper plan, putting 34 million people at risk of unspeakable suffering.  On August 15th, 2021, the Taliban seized back to power. Kabul fell. In the midst of the chaos, countries involved in Afghanistan are trying to get their staff and nationals out of the country. Some, like the US, put in place a priority visa. But many don’t qualify. Activists, women’s rights advocates, journalists, politicians all put themselves on the line and their lives are now at risk.

We must protect them. More than 60 countries issued a statement saying Afghans and international citizens who want to leave Afghanistan must be allowed to depart. Well, they must have the means to do so.

All actors who were involved in Afghanistan have a duty to act and protect those most at risk. We, the people of the world, ask NATO to lead in this effort, considering its heavy involvement in Afghanistan & core mission. 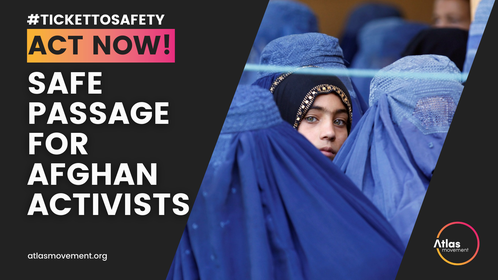